The title about sums it up for me. The 6 hours I spent today touring The Terezín Concentration Camp were very different from the only other time I was there in 1998. That was my first concentration camp visit and the temperature on that date was hovering somewhere around 9 degrees F. (That’s COLD by anyone’s definition!) I had every piece of warm clothing I owned on me and I could not help wondering how a beaten, half-starved and tortured inmate wearing pajamas and wooden shoes could survive when I was barely coping in my Polar Fleece. I recall glancing at my watch while contemplating this in the punishment cell of the Small Fortress where the Nazis meted out endless batches of brutality. 1 PM…where was I 24 hours later at 1 PM? Standing in the middle of Kikar Zion in Jerusalem, eating a felafel, on a gorgeous, sunny, warm Fall afternoon. Context, right?

This trip seemed different almost from the word go. I was on a private guided tour (and not with 200 UJA mission participants). My two traveling companions were from Miami, FL. The temperature this day was about 60 F. So warm, I was stripping off layers.

I’ve said repeatedly that it was difficult for me to put parts of this trip in context and this part of the journey was no exception. What struck me this time was the banality and bureaucracy of the place and the stark beauty of the tree-lined streets with Fall Foliage.

Walking through the Small Fortress with absolutely no context and you’d think you were in a spa or a weekend retreat summer camp. Maybe that’s what the Nazis who live there told themselves which made their crimes all the more incomprehensible. If you were in a barren shit hole death factory like Auschwitz/Birkenau or Treblinka, I’m guessing it was more business. This looked like summer camp!

Our first stop on the journey was the railroad station at Praha-Bubny. It’s a rather decrepit, seldom used station on the main Prague to Berlin line just over the river and outside the Jewish Quarter.

Praha-Bubny was the mustering station for the vast number of deportations of Jews from Prague and where most began their journey to death at Terezín. Startlingly few people survived Terezín, either from the abuse they suffered or because they were transported along to Auschwitz or other death camps. The Nazis would march prisoners late at night or early in the morning past non-descript apartment buildings to the station. One can only wonder what those residents thought at the daily marches past their windows. Maybe they averted their eyes? What could they do after all? Our guide gave an even sadder take that the vast majority of Czechs did practically nothing to oppose the Nazis. There were some small acts of civil disobedience but nothing to really affect what was going on. Made it all the more sad for me because this is such a beautiful country. One, for example, that was tremendously supportive to the fledgling State of Israel in 1948. But why nothing in 1942 when it counted…puzzling?!

The Memorial with the rail tracks was constructed recently and represents many things, the journey to infinity/oblivion; or perhaps, Jacob’s Ladder (angels going up and down); or one other explanation was the 36 rail ties, to represent the “Lamed-Vavniks” the thirty-six righteous people in every generation upon whose merit the world is kept from entire destruction. Based in part on the story of Abraham and his conversation with the Lord about the destruction of Sodom in Genesis 18, the Lamed Vavniks are those who, by virtue of their compassion for others and the prayers they offer, cause the Lord to answer, “I will spare all the place for their sakes” (Genesis 18:26).

Whatever reason, this was step 1 in the journey toward death for most.

45 minutes of so later we were at the Small Fortress. Terezín was built originally as a military garrison by the Emperor Joseph II of Amadeus fame (“Too Many Notes“). I couldn’t really bring myself to take any photos in the Small Fortress. I wanted to be a witness and not a tourist, at least for this part of the journey. The first thing that struck me was the utter banality of the prisoner processing. First stop was a clerk who registered the prisoners’ details, then the assignment of “clothing” which consisted of old WW1 German army uniforms. That and with a shaved head made the prisoners stand out even more than a sore thumb so escapes from Terezín were almost unheard of.

We also saw the cell there of Gavrilo Princip, assassin of Archduke Ferdinand which set in motion WWI. From 1914 until 1918, Gavrilo Princip was imprisoned here, Princip died in Cell Number 1 from tuberculosis on April 28, 1918.

Adjacent to the bureaucratic processing was the Gestapo torture cells and the offices of the camp commandant SS-Hauptsturmführer Siegfried Seidl who served as the first camp commandant, beginning in 1941. Small wooden desks where you could almost see some bespectacled clerk processing paperwork in an office. Weird…

Walking under the recently repainted “Arbeit Macht Frei” sign (I think it is not an original, it might have been painted years later) did not have the same stunning impact it had on me in 1998. Maybe I was in a different head space. We marched past the execution grounds where 57 were murdered on practically the last day of the war. Extermination took no holiday even when all hope was lost for the Nazis.

Later we visited the Main Plaza across the river in the Large Fortress. Many might recall the infamous Red Cross visits in 1943 and 1944 where the world assured itself that the Nazis were not mistreating prisoners. Sickening in today’s context but with all the genocide and mistreatment we have become numb to today, is it really?

Succumbing to pressure following the deportation of Danish Jews to Theresienstadt, the Germans permitted representatives from the Danish Red Cross and the International Red Cross to visit in June 1944. It was all an elaborate hoax.

What struck me about the plaza was its beauty particularly with the Fall foliage.

Inside the Jewish Museum were numerous long lists of deportations to Tereizin and transports out to places like Riga and Auschwitz, including one on April 18, 1942 from Ceske Budejovice, where our second Torah came from. Ceske is a place I hope to be able to visit later in the week.

One particularly striking final deportation from Terezín to Auschwitz took place on April 15, 1945…less than 4 weeks before the end of the war. Murder takes no holiday?

There was also a stunning visit to the recently discovered “Hidden Synagogue” in Terezin. Most Czech Jews were highly secular. So, it was stunning to see how people seemed to want to engage with religious tradition when faced with their tragic fates. 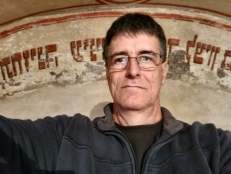 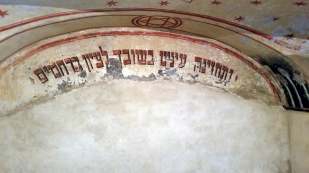 I can hardly bring myself to show pictures of the crematorium built very late in the war after the Nazis became overwhelmed with bodies of dead inmates they could not bury (the sheer numbers and a very high-water table). One thing to notice was the bureaucratic nature of theirs even in death. Ashes placed in paper bags with the names of prisoners. These were stored in the morgue where prisoners were assured that they could return after the war was over to claim their family members’ remains. Prisoners given day passes to attend the rites for their lost family members. At some point, in an effort to cover the traces of their crimes, the Nazis took large numbers of these bags and dumped the ashes in the nearby river. 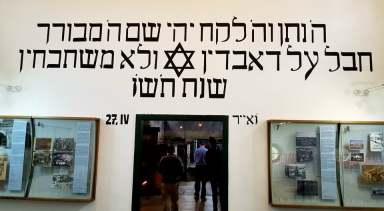 One last point to mention, something that adds an even more bizarre layer to this place is the fact that people still live in and around this place. In some cases, it’s developmentally disabled adults. In other cases, it’s workers at the nearby Ford Parts factory. WHO IN THEIR RIGHT MINDS WOULD CHOOSE TO LIVE NEAR THIS PLACE? (\soapbox).

All in all, a deeply disturbing visit but also one I am glad I was able to describe here, both to help me process the experience and also to bear witness to the thousands that passed through here on the way to their final fate. Some, like the 87-year-old Terezin survivor Linda and I interviewed in Olomouc last Sunday kept popping into mind.

For a nice factual history of Terezín including some of prominent people imprisoned or murdered there, see:

A small postscript, after spending the entire day in Terezín, I felt in need of something to change my mood. It was certainly a tough, heavy day! I needed a sunshine/beauty break and boy, did Prague comply, beautifully, on the Vltava Promenade near the Intercontinental Hotel. 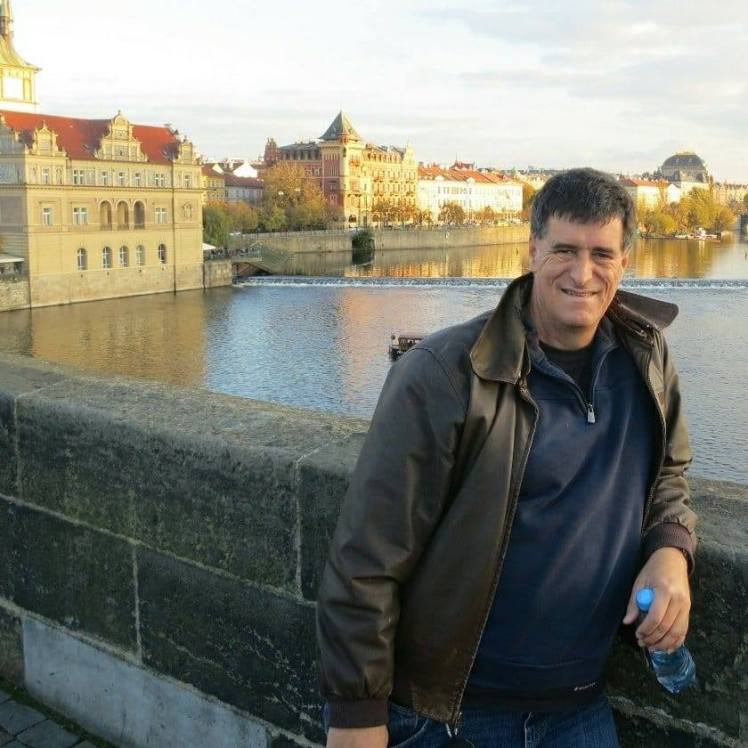